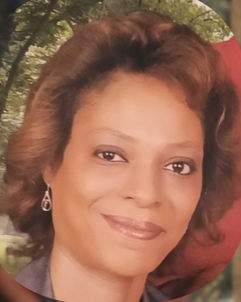 Mrs. Anita Phillips, age 55, of Magnolia, died Monday, August 17th at Baptist Health Systems, Little Rock, AR. Anita was born in McNeil on January 10, 1965 to Rayfield Ferguson and Eunice Sanders. She was a homemaker who took great joy in the caring for her family and friends. Her Christian faith was something that she practiced on a daily basis, teaching her children, by example, where their help actually comes from.

She was preceded in death by her parents, one brother: Clifton Ray Warren, and two sisters: Thelma Willis and Michelle Sanders.

Public viewing will be on Thursday, August 27, from noon until 4 p.m. at the funeral home. Funeral service will be at Southview Church of Christ, Magnolia, at 11:00 a.m. on Friday, August 28, with Pr. Jeff Jefferson, officiating. *Per CDC recommendations, masks will be rquired. Online guestbook available at www.hendersonsmortuary.com.

Share Your Memory of
Anita
Upload Your Memory View All Memories
Be the first to upload a memory!
Share A Memory